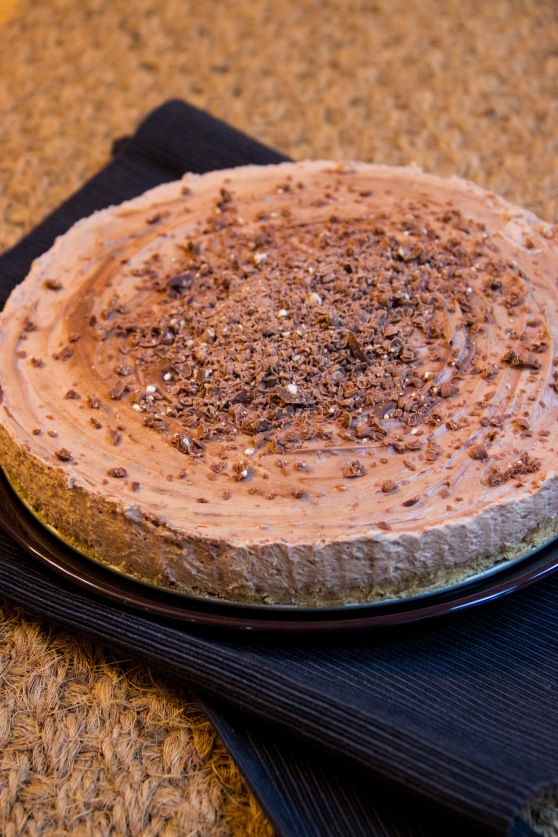 Right – so I actually made this cheesecake about 4 weeks ago. I know. I’m a disgrace. I’ve been busy graduating from college and trying to decide what to do with my life. No biggie!

My mother was away on holidays so I figured I might as well make something with wheat. Why not, sure. It’s beginning to become a bit of a novelty actually making stuff without gluten-free flour. I might as well have thrown in extra gluten in for the craic. Don’t worry, I didn’t – that would be weird.

Seen as there were only two of us in the house at the time (and my brother isn’t much of a dessert person), it’s safe to say I ate a hell of a lot of cheesecake that week. I did have some help from a few friends… but mostly I helped myself. 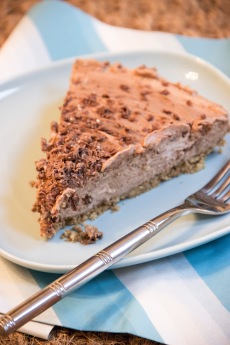 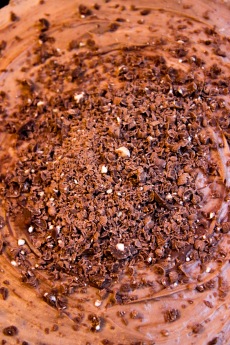 This recipe is very quick and easy, almost dangerously so. I found the original recipe here and adapted the ingredients to suit my tin size. It’s one of those easy cheesecakes that you just throw in the fridge.

Directions:
Throw the biscuits in a zip-lock bag and give them a good whack. Smash ’em up good.

Melt some butter. Pour that in the bag and mix around until all the crumbs are coated.

Press into the base of a spring-form tin (Think my tin is 26cm). Leave this in the fridge to set a bit.

Beat the cream cheese. Whip the cream and fold that in.

Melt the Toblerone. Mix that in too.

Pour this over the crumb base. Be all artistic and shave some Toblerone bits on the top.

Leave the cheesecake in the fridge for at least 2-3 hours.